Congrats to our President, Louise Griffin, for being 1 out of over 350 nominees to receive the Myra Kraft Community MVP Award!! We are SO PROUD of this TEAM! Check out the story below,

Louise Griffin of Hampton, N.H. wins third prize of $5,000 for Zack’s Team Foundation.
​
FOXBOROUGH, Mass. — Every year since 1998, the Kraft family and the New England Patriots have been celebrating those who give their time to help others.  The program was originally known as the Community Quarterback Awards, and were presented to those who exemplify leadership, dedication and a commitment to improving their communities through volunteerism.

Back in 2011, the awards were renamed in honor of the late Myra Kraft who committed her life to volunteering.  As part of the New England Patriots Charitable Foundation’s ongoing Celebrate Volunteerism initiative, the Kraft family hosts a special luncheon each year to show their appreciation for local volunteers.

“When I purchased the New England Patriots 23 years ago, not only did we set out to build a winning organization, but we also wanted to help build a spirit of giving amongst our fans,” said Patriots Chairman and CEO Robert Kraft. “There are some incredible people in our local communities that have dedicated much of their lives to volunteering. In creating the Myra Kraft Community MVP Awards, we wanted to show our appreciation for these outstanding community advocates and offer our support to the causes that are so near and dear to their hearts. We admire their selflessness and thank them for their commitment to making the world a better place.”

Louise Griffin of Hampton, N.H. was recognized as one of this year’s $5,000 third prize winners. Louise suffered the greatest tragedy a parent could ever endure – the loss of a child. She battled through the tragedy and managed to turn it into something positive, with the hopes that she could help prevent other families from experiencing what she went through. She created the nonprofit organization Zack’s Team Foundation to address the issue of substance abuse. “Back in 2010, when I first discovered that Zachary was abusing prescription opioids, there had been virtually nowhere for him to go for help, no one to ask for advice,” said Louise.  “It was such a lonely journey. That August, we formed Zack's Team Foundation.”
She leads a grief support group and can often be found speaking at local schools about the dangers of drugs and works with families on preventative measures. Louise has also raised funds to help provide scholarships to people battling substance abuse to ensure that they receive the proper treatment.

“I will continue to volunteer my efforts and tell Zack’s story to provide hope and shed light on this national epidemic; to restore families and promote healing for everyone affected by this disease,” said Louise. “But most importantly, I want to provide the resources needed to ensure that a young adult can break free from the chains of addiction.”

“Louise is the heart and soul of Zack’s Team; she had an idea and made it a reality,” said the nonprofit organization in a statement prior to the event. “We admire her, appreciate her and deeply respect her. Louise’s efforts towards ending the stigma associated with the disease of addiction and providing treatment to those who need it most are unwavering. Volunteering for Louise and all of Zack’s Team serves as a positive way for us to remember Zachary whom we love and miss every day.”

The organization is currently operating a sober living home in Portland, Maine and they are scheduled to open a second location in Lowell later this year. Thanks to Louise’s volunteer efforts, more than 60 young men have received treatment and are now living drug-free lives.

“Mrs. Kraft demonstrated true leadership and promoted volunteerism throughout her life and did so with grace, dignity and compassion,” said Louise. “I am truly humbled to receive this award in honor of this remarkable woman that through her kind, philanthropic nature left the world a better place.”

The 2017 Myra Kraft Community MVP winners range from 17 to 86 years old and represent every New England state. Winning nonprofits provide support for many causes, including education, domestic violence prevention, healthcare, homelessness, mentoring and military support. The Kraft family and New England Patriots Charitable Foundation received hundreds of applications this year from nonprofit organizations looking to recognize their outstanding volunteers. Nominations open each spring and the awards are open to all nonprofit organizations in the New England region. For more information on the Myra Kraft Community MVP Awards, please visit 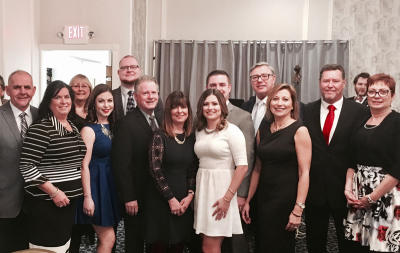 Check out the story run by The Lowell Sun here

​
Have you heard the news!? We opened our first sober home for men! Zack's House opened in September 2016 in Portland, Maine. It can accommodate 8 residents and a house manager. The house is based on a 12-step model. Residents are expected to work the steps, find employment or volunteer, and attend AA/NA meetings throughout the week. Check out some pictures!

Lowell's Women's Week
Our President, Louise Griffin, received the "Because of Her" award for her outstanding work within Zack's Team and throughout the Merrimack Valley. Check out the article and video below of the event!

Zack's House - Lowell, MA
Zack's Team in collaboration with The Lowell House will be opening a men's structured men's sober home that is scheduled to open this Spring! Zack's Team was awarded a grant for $11,500 from the Greater Lowell Community Foundation to help fund this initiative.

Check out the story here!